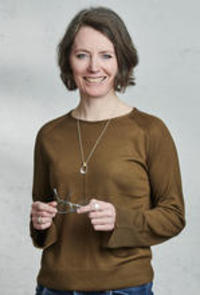 For the past twenty-years, the core intellectual questions that have preoccupied me relate to political and military power in times of crisis and intervention.

These questions led me in my first book to a close study of war in the thought one of the most important political thinkers of the twentieth-century. Between War and Politics: International Relations the Thought of Hannah Arendt (Oxford, 2007/9) showed that Arendt’s thought was fundamentally rooted in war and its political significance.

It remains the only IR monograph on the international thought of an historical woman.

My second book, Economy of Force: Counterinsurgency and the Historical Rise of the Social (Cambridge, 2015), developed arguments about the enduring relevance of household administration that Arendt was either unable to imagine or support with precise historical work. The book showed that the techniques and domestic ideologies of household administration are highly portable and played a remarkably central role in post-war Anglo-American counterinsurgency. It won the 2016 Susan Strange Prize for the Best Book in International Studies.

In returning to the much older concept of household administration, I came to reflect on how and why it was so hard for IR to integrate thinking in these terms. If IR has one distinctive remit, surely it is the study of relations between more or less domesticated spaces, which of course are gendered spaces.

What else are we missing? What was I missing as I continued to think about military and political power? How might a wider range of interlocutors and intellectual resources help us reconceptualise war, and be more ambitious about what the IR discipline can do and what it can bring to other fields?

These questions were posed again at a workshop at the German Historical Institute in London in 2015, led by historians Valeska Huber, Tamson Pietsch and Katharina Rietzler. We were asked to reflect on different approaches to women’s intellectual history in the context of distinctly international thought.

Entering these conversations made me realize how remiss, yet again, IR has been in understanding its own intellectual and disciplinary past. There was a clear need for a new project on historical women’s international thought that was about IR’s inheritance, but also about its future.

In this regard, I could not be more excited to be collaborating with this brilliant set of co-researchers on this genuinely multidisciplinary and field-defining project.

My route to this research project began with multiple conversations with different scholars over several years.

I am a historian of liberal internationalism as a social and political movement and as a strand of twentieth-century international thought. Trained as an international historian, I tend to have a more capacious interpretation of ‘context’ than most intellectual historians, and I have always been fascinated by the concrete political contexts in which historical actors generate knowledge about relations between nations, states and empires.

I have written on the transatlantic intellectual and institutional networks generated by large philanthropic foundations in the United States, Britain, France and Germany, and how these networks, financed by private money for a supposedly public good, shaped intellectual production in the emerging discipline of IR in the first half of the twentieth century. In my forthcoming book American Philanthropy, International Relations and the Problem of the Public, 1913-1953, I analyse the ways in which intellectuals in North America and Europe dealt with the international implications of democratisation, an issue they often framed in debates on public opinion.

It was as a historian of internationalism that I first debated the marginalization of women and their ideas in internationalist networks in a roundtable on Mark Mazower’s Governing the World in 2013. Picking up on a question posed by Glenda Sluga, I wanted to know why women’s ideas about international politics remained ridiculed, even when they held important posts in think tanks, academia or philanthropic foundations. Yet, in histories of international thought, women were largely absent, and this was also the case in the disciplinary history of IR.

As more scholarship on internationalism and on global intellectual history emerged in the mid-2010s, I discussed these questions with two fellow historians, Tamson Pietsch and Valeska Huber. Together, we read long-forgotten texts by women, such as The New State by Mary Parker Follett, and wondered how to put them in context. If it was possible to think of alternative languages and practices as a way to redraw the lines around global discourses on political ideas, how should we write the intellectual history of internationalist women? Where did women gather to argue about international relations? And what were the idioms and genres of women’s international thought?

These were the lead questions of a workshop we organised at the German Historical Institute in London in 2015, which brought together scholars from a variety of disciplines. This was the starting point for Women and the History of International Thought, a collaborative and genuinely interdisciplinary project across IR and history that will enrich both disciplines: it will make available the contextualized thought of historical women as a resource for IR scholars to re-imagine their own discipline, and prompt historians to seek a more sophisticated engagement with international theory. I look forward to having more conversations, and, of course, writing more histories.

As an ethical and political theorist, a great deal of my work over the past thirty years has engaged with canonic thinkers. As a young scholar, studying the philosophies of Kant and Hegel, it did not occur to me that I could make direct connections between such philosophical work and feminist politics. This changed as I encountered work in feminist philosophy, which not only led me to reading ‘dead white men’ in different ways, but also helped me to develop my thinking in ethics and epistemology.

I initially encountered the work of Arendt and Beauvoir as, respectively, readers of Kant (see my book, Kant, Critique and Politics, 1996) and Hegel (see my book, Hegel and Feminist Philosophy, 2003). But it rapidly became clear to me that these were distinctive and important philosophers in their own right, neither of which had featured on my undergraduate or postgraduate curriculum. One of the achievements of feminist philosophy, in common with the work of feminist scholars in history, political thought, literary and cultural studies, has been to revisit the idea of a philosophical ‘canon’ and retrieve the work of historical women philosophers from systematic neglect, as well as to re-read the male canon through feminist eyes (see Hegel’s Philosophy and Feminist Thought: Beyond Antigone?, 2010).

I am therefore extremely excited to have the opportunity to work on the Leverhulme Trust funded project Women and the History of International Thought. The project brings together expertise in History, International Relations and Political Theory, and it promises not only to yield new knowledge about important thinkers in the development of international thought, but also to ensure that the phenomenon of ‘missing’ women in IR’s disciplinary canon and curriculum will finally disappear.

My research is motivated by the desire to rethink our contemporary understandings of international rights orders from the perspective of those who have conventionally been excluded from intellectual histories of citizenship and international institutions.

My current book project, A Tale of Two Republics: Race, Rights and Revolution in France and the United States, 1919-1963, charts the collaborations of African American and francophone black intellectuals and activists as they grappled with questions of race, gender and national belonging and access to rights across the Atlantic in the period between 1919 and 1963. Connecting the independent archives of black activist organisations within the United States and France with those of international institutions such as the League of Nations, the United Nations, UNESCO and the Comintern, my book offers a new way of incorporating and understanding key black American and Francophone intellectuals in that history.

A crucial part of this story is the recovery of the role of a number of female intellectuals of colour who are usually elided from narratives of both African diasporan intellectual history and histories of France and the United States. This strand of my research led me to my second project which concerns the engagement of key female intellectuals with the new global order in the period of decolonization. As Bay, Griffin, Jones, and Savage argue in Towards An Intellectual History of Black Women (2015), it is long past “time for the varied and unique intellectual labors of women of Africa and its diaspora to claim a more distinct place in” intellectual history. This is especially true for the literature on the history of international thought and the disciplinary history of International Relations.  I want to trace and understand how women such as the writer and activist Shirley Graham Du Bois, the United Nations delegate and judge Edith Sampson, the Guadeloupean lawyer Gerty Archimède, and the French-Congolese Senator Jane Vialle, amongst others, grappled with the problem of deconstructing existing racial and gender hierarchies on the international landscape. I am particularly interested in teasing out how the gendered and racial subjectivities of individual thinkers shaped both their experiences of the international and the ways that they contributed to international thought.

I am very much looking forward to pursuing this research in tandem with my wonderful colleagues on this project. A particularly exciting component of the research will be our open access Oral History archive of surviving IR scholars. I’ll be interviewing approximately thirty female scholars from the major centres of IR research, Britain and the United States - to find out about their roles as producers of international thought or founders of the academic study of international relations. I could not be more excited.

My research interests have always centred on the history of thought — its production, location and the structures that enable, maintain and preserve it.

I started in history, looking at non-traditional communities and locations of thought in the United States, specifically Native American women from the Revolutionary period onwards and women of colour in the 19th and 20th centuries and the long Civil Rights Movement. These histories persistently raised questions on the role of edges, borders and transmission of thought, and an awareness that fully answering these would require a theoretical as well as historical approach.

To this end, I moved into international theory and focused on theories aimed at marginalised communities of thought. My case study critiquing the postsecular theories of liberals such as Jurgen Habermas and poststructuralists such as Chantelle Mouffe, showed how many theories often fail to deliver on real intellectual and cultural freedoms for these communities because they do not engage with or fully understand the latter’s own traditions of thought.

I had found that theories used in IR weren’t always able to deal with the non-traditional communities, locations and arrangements of thought I wanted to theorise - they were seen as lying ‘outside’ the discipline. Instinctively, I felt this couldn’t be the case; it was precisely IR that had the potential to theorise between boundaries. An exploration into its origins suggested a cause: the disciplinary history didn’t match the history I knew. The diverse people, especially women, I expected to see were absent and the locations I knew to be important were missing. The lacuna at the heart of IR was both cause and solution: start with the history of IR itself and you would unlock its capacity and in turn, realise its potential to theorise borders and exchanges of thought.

Such an undertaking would always require a joint approach of history and theory. Fortunately, this project has been interdisciplinary from the start, giving me an unprecedented opportunity to dig deep into the founding years of the discipline. As IR has grown to be seen as the primary location of international thought, it is vital to me that the history of the discipline, and its very image of itself, reflects the historical reality. Working with a team of researchers means we can achieve a scale of work my thesis could only hint at. I can’t wait to see the result.