Women and the History of International Thought: An Interdisciplinary Conference 2022

Sponsored by the International Relations Department, London School of Economics

We assume that the conference will be held in person and will begin with an evening Reception on May 5, 2022 to mark the opening of the WHIT Project’s Public Exhibition on Women’s International Thought, hosted at the LSE Library. 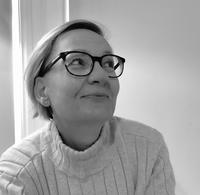 Glenda Sluga is Professor of International History and Capitalism at the EUI/and ARC Laureate Professor at the University of Sydney. In 2020, she was awarded a European Research Council Advanced Grant, overseeing a five-year research program on ‘Twentieth Century International Economic Thinking and the complex history of globalization.’ She is the author most recently of Internationalism in the Age of Nationalism (2013), Women, Diplomacy and International Politics since 1500 (with C. James, 2015), Internationalisms: A 20th century history (with P. Clavin, 2017), and The Invention of International Order: Remaking Europe after Napoleon (2021). 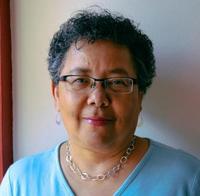 Barbara D. Savage is Geraldine R. Segal Professor Emerita of American Social Thought in the Department of Africana Studies at the University of Pennsylvania where she taught twentieth century African American history from 1995-2020.  Her intellectual biography of Professor Merze Tate, an African American woman scholar of diplomatic history and international relations at Howard University from 1942 to 1977, is expected in 2023.  She is the author of two other books:  Your Spirits Walk Beside Us:  The Politics of Black Religion (2009) and Broadcasting Freedom:  The Politics of Radio, War, and War, 1938-1948 (1999).  Her co-edited works are:  Toward an Intellectual History of Black Women (2015) and Women and Religion in the African Diaspora (2004).  She was Vyvyan Harmsworth Visiting Professor of American History at the Rothermere American Institute at the University of Oxford in 2018-2019.

Please submit your name, paper title and 400-500 words abstract to whit@politics.ox.ac.uk by Friday 21 May 2021. Please also include affiliation, career stage and whether you seek accommodation/travel expenses. We are in discussions with journals about a special issue on women’s international thought drawn from the conference papers. Please indicate whether you would like your paper to be considered in this context.